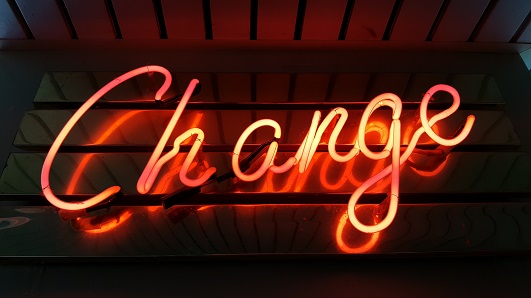 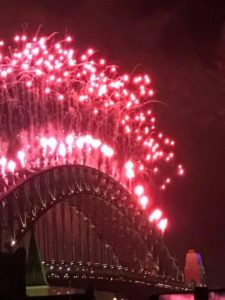 Well we’ve started a new year and I’m deafened daily by the sound of other people’s New Year’s resolutions. Over and over, face to face, in the media, on TV, on social media, I hear people earnestly talk about how they will reform. They’ll “give up” carbs, the booze, Tinder, their affair, and maxing out their credit cards.  As the New Year Eve bell drew closer, some told me in increasingly contrite/ determined/ this-time-I-mean-it ways that they’ll give up [bad-thing-X] that they love/ feel they’re addicted to, in order to go on “the straight and narrow” and take up [good-wholesome-living-thing-Y] that they know is good/ better for them.

In a bid to make their commitment ‘stick’ some opt to make their new commitment public – as public as possible – by telling as many people as they could.  And yet, in most discussions I have with such converts, I hear the same story of how they have tried many times in the past to give up X and take up Y, only to find themselves at the December end of the year, once again, shaking their heads in bemusement, embarrassed by how little progress they made with their last New Year’s resolution goal.  But, they assure me, THIS time, it’s different. This time, they’ll make good on their promise.

Each year, it’s the same. It’s so predictable, I sometimes feel like I could virtually lip sync what people will say once some of the people I encounter in late December/ early January discover what I do for a living. Suddenly, they feel compelled to do a detailed autopsy of last year’s failed resolution, give me sound reasons about why they didn’t/ couldn’t follow through, only to re-affirm with even more conviction that they’ll “do better” to master their resolution this new year. THIS will be the year when they eat less and lose all the weight they know they need to.  THIS will be the year when they will get strong and fit and regain their youthful drive. THIS will be the year when they will find a way to get along with all of their relatives… give up smoking.. go to the gym and get fit.. finally establish a meditation practice… stop fighting with their teenage children.. go back to college .. get a partner.. leave their unhappy job/ relationship.

And on it goes. 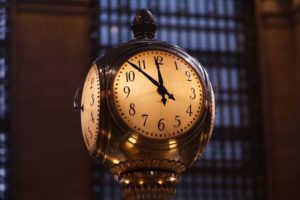 Photo by Bryce Barker on Unsplash

What is it about this rite – this drive we in the West seem to have to fetishise the passing of one year into the dawning of another? This near-magical quality with which we seem to imbue the transition of the passing from one calendar year to another? Certainly, it is not a modern phenomenon to imagine life-changing opportunities in all sorts of liminal places, contexts, and times. The Oxford Dictionary[i] defines liminal as – “relating to a transitional or initial stage of a process, occupying a position at, or on both sides of, a boundary or threshold.” For those who seek the opportunity of the crossroads, the 31st December seems to offer a chance to make a choice that really might, this time, be one they will honour.

If I allow myself to drop my cynicism and think about it a little more deeply, I see that the changeover from the 31st December of one year to the 1st January of a new year can offer those who take the opportunity a means of utilising the power of ritual to consciously choose to draw a line beneath, a boundary on old behaviours, old ways of thinking, of being, and opening oneself up to the transformational power of a rebirth, of a new beginning. Drawing on the power of metaphors, in envisioning the presence of a boundary (in this case, the end of the year marking the slated end of certain things), this opens up the opportunity to draw on the support of leaning into the back-up of the boundary we have crossed as we make our way into the brave new world we have committed to explore. Lakoff and Johnson, writing about metaphors in 1980[ii], identified that, because metaphors structure our most basic understandings of our experience, they are “metaphors we live by”, metaphors that can shape our perceptions and actions without our ever noticing them.

Studies of how brains work show that we all draw on confirmatory bias to support the notions we hold most dear, about ourselves, relationships, other people, the world.  We believe stuff, and we tend to only accept information that confirms our pre-existing viewpoint. That’s what makes change – both changing ourselves, and attempting to influence others to change – so damn difficult. Once we hold certain ideas about ourselves (or others/ the world/ certain groups), these tend to remain pretty fixed unless we consciously work to open ourselves up to new, and even disconfirming information. Social psychology researchers have documented many instances of people holding on to their views in the face of absolute evidence that they were wrong.

It seems that one’s New Year’s resolution will depend in part on how real the metaphoric boundary of crossing over a threshold into a new year will be for any one person. Those who can hold in mind the power of the crossing as a single-direction movement, a one-time-only opportunity, and imbue the threshold decision with enough power and significance can then draw on that metaphoric boundary when they might feel the regressive pull of going back to ‘their old ways’. By investing the moment of their commitment with the significance of a turning point moment in their lives, they can utilise the power of metaphor to power-up their determination, resourcefulness and endurance to make their commitment into a new, lived reality in their lives. 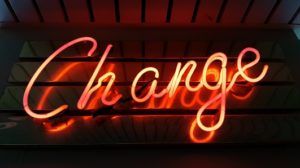 Photo by Ross Findon on Unsplash

So as you look at the year ahead of you, I invite you to consider the following –

I know the 31st December has passed, but you don’t have to wait until the end of this year to make the shifts you say you want. Let’s work together to help you create and cross your own powerful threshold. Let’s work together to help you identify what it is that lies over that threshold that is more valuable to you than going on with the familiar world you live in currently.  Let’s work to help equip you on your journey into your own brave new world so you can honour your promise to yourself.