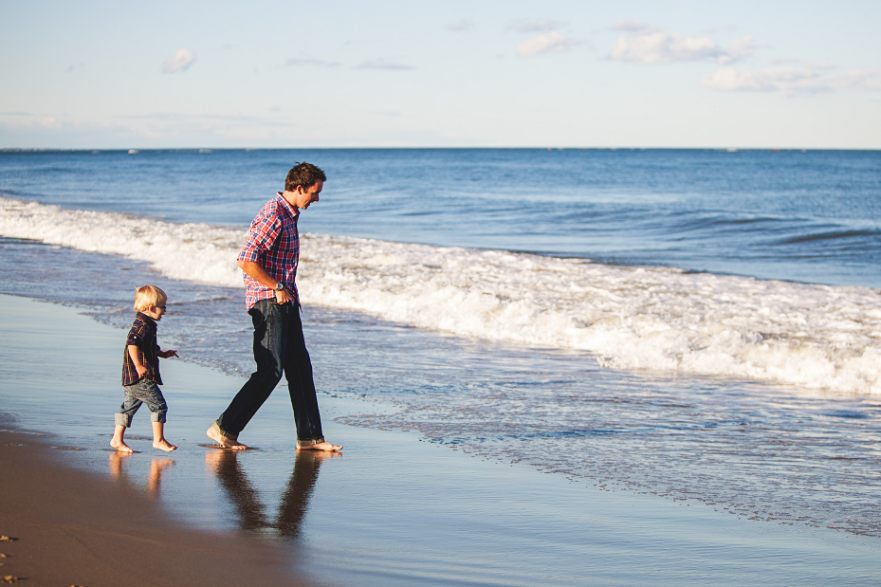 Working as a therapist for the last 35 years, with individuals of both genders and with couples, I’ve come to observe that there’s a huge gender gap in how both genders approach parenthood.

Over the years, I’ve noticed that men for whom parenthood is on their radar early on in life are in the minority. I call those men ‘nesters’.  For the rest, I mostly hear men’s decision to become parents is often made for them when
their female partners decide they want children or if there is an unplanned pregnancy. 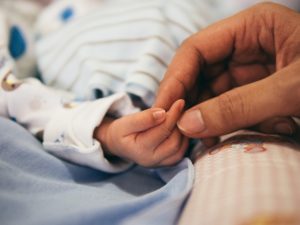 Photo by Aditya Romansa on Unsplash

By the time I see men who are now parents in my practice, if I just go by the ways they talk about the circumstances of the pregnancy, it’s as though they don’t see it as having had much to do with them. If anything, I often hear resentment – at the new demands, the sleepless nights, the loss of “me” time, the loss of connection with their female partner, the costs, and how they see their quality of life diminishes with the arrival of children. When I reflect on the way many men talk to me about parenthood, it seems to be something that is more imposed on them by their female partners than something they freely chose consciously. Something that takes away from their prized solo interests,  or the exclusivity of their bond with their female partner, and that diminishes their quality of life (materially, qualitatively, sexually and emotionally).

When I inquire about how much “due diligence” they have done about what becoming a parent involves before becoming parents, most men look at me blankly. In all the conversations I’ve had with men about this topic over the last 35 years, I find that most men do very little preparation for or research about parenthood. They seem to do more due diligence about buying a car, starting a business, or choosing a new fitness regimen than they do about becoming a parent.

On the other hand, I’ve noticed that, while becoming a parent may or may not be on women’s radar earlier in life in the current modern era in Western cultures, the mix of society expectations/ media representations/ family expectations, the ever present wild card of unplanned pregnancy/ contraceptive failure, and the existence of a biological clock, means that most women at least give some consideration to parenthood in their life plans. 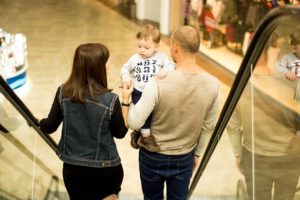 In my observation, once they start to think about becoming parents, most women do a considerable amount of due diligence about parenthood.

In the process of doing their due diligence, most women start to consider jobs in terms of whether they offer maternity leave, how much of it, and how family friendly and flexible they are in terms of hours. They consider the pros and cons of when it will be best for them to get pregnant. Women accept that, even if they have a career that they will return to when the kids are in school, they will have to drop out of the workforce for a time. They know that they will most likely never make up for the career loss in terms of income and advancement.

I only hear this kind of career consideration from men when they are nesters. Those are the men most likely to consider whether they want to be house dads, who actively look at what parenthood will mean in terms of their children’s needs, the kind of relationship they want to forge with their children, the impact that parenthood is likely to have on their relationship and how to strengthen their partnership, and the likely impact on their career and income.

Most of the women I see who orient towards parenthood put thought into and educate themselves about early child development and needs. They go on educating themselves  about child rearing practices, child development,
communication and discipline with children as children get older. They read, talk to friends, watch programmes, listen to podcasts, trade useful contacts and links with other friends, sign up for seminars and webinars.

In my practice, I don’t hear men do anything like that kind of due diligence when it comes to the reality of having and rearing children. Sadly, I frequently hear women struggle with trying to introduce information about child
development, children’s needs, parent/ child communication skills, age appropriate discipline, and other important information about optimal child rearing, to often reluctant or closed if not openly hostile partners. 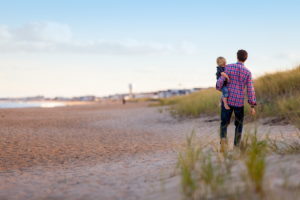 Photo by Danielle MacInnes on Unsplash

The majority of men I meet in my work or hear about through their female partners do not engage in even minimal due diligence about parenting before having a child, or even once the child is born. They frequently tell me they see
no reason to do any reading or learning about parenting as they feel they will ‘know’ how to parent – usually based in large part on their own history with their own fathers and their assumptions about parenting as ‘instinctual’.

In contrast, despite all the common talk about a ‘mother’s instinct, it fascinates me that the women I see are usually full of doubt and trepidation about the magnitude of the job of being a parent, whether they will be ‘good enough
mothers’, and trying to get it ‘right’. In contrast, the men not only seem to give parenting very little thought before engaging in it or even once they become parents, they often assume they already know what will be required and they will be good at it.

Indeed, if / when their female partner tries to engage them in learning about some aspect of parenting, many men frequently react in a resistant to hostile manner – a version of ‘shooting the messenger’. Curiously, they do not let their lack of informed knowledge prevent them from having hard opinions about the suggestions their partners attempt to introduce into their parenting. I often see it as a case of “don’t confuse me with the facts, I’ve made up my mind”. The women feel behind the 8 ball – doing their best to try to learn how to parent their children, and bringing in what they think is relevant input about child rearing into their family, while dealing with their children’s father’s dismissiveness, ridicule and active resistance to informing themselves about what might be useful. What is an already difficult job becomes even more impossibly so.

Interestingly, John Gottman, in his research over time of couples who remain happily coupled, found that the number one factor associated with a happy, lasting partnership in heterosexual relationships is men’s willingness to be influenced by their female partners (1) . Gottman also found this one factor to play a major part in determining how successfully first time parents manage the first couple of years after baby comes home (2) . 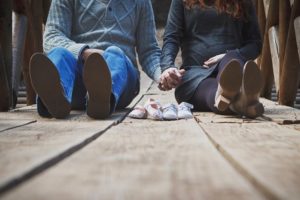 In many couples managing the transition to parenthood, I often find a huge imbalance exists between the one who bears most of the responsibility for informing themselves about what children need over time (and what their own
child needs in particular), trying to implement such knowledge, and doing the bulk of the child rearing, and the one who actively opts to NOT inform themselves about what parenting requires but reserves the right to veto new
strategies/ suggestions from their partner, while frequently remaining significantly less involved in the business of parenting.

Sadly, the divided spheres of ‘his’ focus – work and life outside the home, and ‘her’ focus of – home, child rearing, and part time work on top, seem to replicate the worst of the 1950s domestic contract. When I see these modern versions of 1950s households, it seems to me that not a lot has changed.

If you’re a man facing the question of whether to have children or not (and if so, when), if you’re currently expecting a child, or if you’ve already got one of more children, and you’re finding you’re struggling individually as a parent or
in your relationship to work with your partner on parenting, consider these questions-
1. Have you ever wanted to be a dad? If no – what were your thoughts and experiences about being a father that led you to rule it out? Did you feel able to stand up for that choice? If you did want to be a dad, when did you first think about being a father? What were your thoughts about being a father that led you to think you might want to be one?
2. When you were growing up, what did men around you teach you about fathering? what did they say about it? How did they act towards you/ children? Did they seem to enjoy being fathers?
3. How do you feel about how your father parented you? What worked for you about what he did? What didn’t work for you about how he parented you?
4. If you got some messages about fathering that were not positive, what were those messages? What did they teach you to expect from it?
5. What lessons did you learn from your parents about the role of fathers in parenting? About the role of mothers in parenting?
6. Did you get to see your parents/ other parents work together as parents? What did they model about that for you that seemed to work well (for them, and for the children), and what did they model about that that didn’t seem to work so well for either them/ their relationship/ the children?
7. What due diligence have you done about parenting?
8. What sort of father would you like to be? What sort of relationship would you like to have with your child – both as they go through childhood and once they are adults? What do you think it will take from you to create the kind of
relationship you think you want with your own child?
9. Looking back at your own childhood, where can you see your parents ‘missed’ you- didn’t see you, didn’t see or meet your needs? How do you wish your father had been different? How do you wish your mother had been
different?
10. If there is anything you would like to avoid replicating from your childhood in your relationship with your own children, what might it be?

If these questions prompt you to consider doing some more due diligence about parenting, consider reading some of the books listed under the ‘Useful resources’ tab on my website. And consider calling me and making an
appointment. Let’s see if we can change that old saying “ the sins of the fathers are visited upon their children”. The buck can stop with you, and it should stop with you.  Dare to learn to be the kind of father children need!