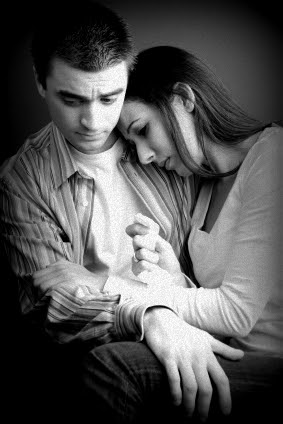 Termination always means something is brought to an end. Even when we think we want and choose an ending and plan for it, it can still be hard. As a therapist, I am asked to help people deal with endings in all sorts of ways – some they choose, and some that are imposed on them.

Whether a termination is self-chosen or not, pain is almost always at least a side dish that goes with the ending, if not a main course. When they know they need to exit a relationship , I help them get into training for leaving and I help them prepare to deliver the news that the relationship is over and deal with the consequences; after the sudden end of a relationship after partner loss (they left or died), we work on left over feelings of grief/ resentment/ hurt/ bewilderment/ rage/ sadness and pain. We deal with the long standing loss involved in surrendering a child for adoption, often many years after the fact; we talk about the unexpected loss involved for some women in choosing to be child free earlier in their lives. We talk about having to leave a beloved country due to war or political reasons. We explore when someone knows it’s time to leave their workplace and their loyalty makes the decisions hard to make and carry out; or when forced retrenchment means they have to come to terms with the loss of a work role or sometimes a whole career before they were ready to make that choice for themselves; or when economic conditions mean they have to close a much loved business they built from scratch. We explore the losses involved when chronic illness means that the person needs to accept the loss of many previous abilities and much-cherished independence; when they have a diagnosis of a life threatening illness that is not resolving and they need to make plans to leave their loved ones and the life they have lived. I have also worked to help people who had made committed plans to be on a spiritual path to explore the option of leaving when this was never something they had thought they would ever contemplate. 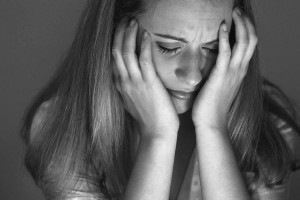 One of the hardest endings I assist people with is the decision to terminate a pregnancy. Whether someone makes that choice with me at this time in their life, or it is a choice they made some time ago that still haunts them, the people I see show me that the decision to terminate life is almost always a very painful one to make. Often, that choice leaves a long trail of grief and other emotions behind long after the event.

As a therapist, I do not hold a position about abortion. I know and hold it as one of the hardest choices anyone ever makes in life. One that most people tell me they go on living with for the rest of their lives. The list of reasons I hear behind the choice to terminate a pregnancy are many. Some of these include – medical (the baby’s future health or risks to the mother’s life); lack of financial resources; lack of social and emotional support; mental health issues; violence; or when the pregnancy was a result of sexual assault or an affair/one night stand.

No matter how valid the reasons were for someone choosing to have a termination, it seems to me there are almost always long term emotional consequences (for the woman at least) after having a termination. I have also sat with men who tell me they too are affected by their choice to participate in a termination long after the event. I have sat with many women who have grieved not being in a position to keep a child because of their circumstances – money, safety, cultural or religious issues, and lack of support from the baby’s father or the family at the time. I have sat with women from countries where abortion was seen as another form of contraception, and these women may have had 6 or 7 terminations by the time I meet with them.

The leftover issues that may surface for couples who remain together after they experience a termination are many and varied. In my view, the amount and complexity of left over issues after a termination earlier in a couple’s shared history depends on: the degree to which the couple felt they each could freely share and discuss the full complexity of their reaction to the dilemma of an unplanned pregnancy at the time; the degree to which they each felt able to say ‘no’ to a choice they felt unable to emotionally finance without this meaning jeopardising their relationship/ health/ life/safety and without being coerced or manipulated into making another choice; the degree to which they both felt they truly made the decision jointly; and the degree to which they were able to support one another through the complex mix of feelings that usually accompanies choosing to have a termination. And of course, the context in which they lived when the decision was made plays a part as well – war, family pressure, religious pressure, time, financial stress and health, to name a few. 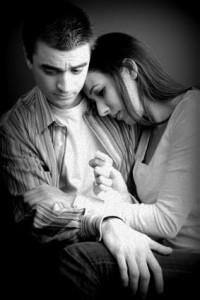 Frequently, partners are not able to be so open with one another and become easily threatened as soon as difficult feelings emerge, or ambivalence is admitted by one or the other partner. No matter how ‘valid’ presenting reasons for terminating a pregnancy might appear, it is normal for each partner to have lots of mixed feelings. I hear women worry about whether this might be their only chance to have a child in life, and I hear them wonder if they will regret later in life having made this decision? I hear women who have had a termination worry and beat themselves up if they have trouble conceiving later in life. I hear men tell me that they felt unable to really voice their heartache about the decision to terminate a pregnancy because they felt it was the woman’s body and therefore her right, ultimately to make that judgement call. Unfortunately, most of us are not much good at either dealing with our own or other peoples’ mixed feelings. Instead, it is most common to shut them down and try to push forward to a ‘solution’. What the logicians refer to as ‘premature closure of ideas’. Unfortunately, it has long been recognised that, if you shut down a discussion prematurely and try to force a decision, you are unlikely to have a sustainable outcome that will really be supported by all parties over the long term. Whatever resentment, hurt, powerlessness, shame, or pain was pushed underground will often resurface at another time in another form.

I remember one man telling me he felt nothing for the foetus he insisted his wife terminate years earlier. He insisted in a couple session with his wife seven years later, ‘after all, it wasn’t a baby – it was a clump of cells at that stage’. In contrast, his wife had already named the baby once she knew she was pregnant – she saw things very differently. She felt totally abandoned and alienated from him, and isolated in her grief when he dropped her off at the hospital to have the termination he had pushed for, and he then left to go to work. They had not spoken about it until our session, but their sex-life had become virtually non-existent and they were deeply estranged after that.

Another couple who came to look at a recent series of troubles between them suddenly discussed the termination they had chosen thirteen years earlier. Quietly, she spoke of her pain in having him give her the money to have the termination at the time, while he went to work that day, telling her he couldn’t take a day off. One week later when he felt the need for a day off, he gave himself a day off. Here we were, thirteen years later discussing the pain she had felt all of these years grieving alone for the life she had terminated. In the face of her pain and with support, he suddenly broke down and sobbed, telling her “I think about that little soul I ended every day; I regret having that termination”. He hadn’t known how to talk about it with her since the day she had gone in for the procedure, so the issue had gone undiscussed but festering between them until now, poisoning their relationship. Having opened up the sore for each of them, they are now starting on the healing journey of sharing their grief for the life they chose to terminate.

Part of what often brings up men and women’s pain over a termination arises when they have had children they are able to keep and raise. It seems that the experience of giving birth/ being present at the birth of a child, raising a child from infancy and watching it grow and change, learning to love it and relate to it makes many people revisit the choices they made earlier in their lives when they had a termination. It is not unusual for me to hear people beat themselves up about the choice they made when they were younger, and I often have a hard time getting them to stop and consider the context they were in at the time of their earlier life decision. Usually, by the time I see them, they are in very different circumstances: they are independent, they are better off materially, they have support. They are also older and more mature, and they see things from a wider adult perspective. Twenty twenty hindsight is a wonderful thing from a privileged position. It’s hard to realize that that’s all it often is: twenty twenty hindsight.

If you have previously had a termination you find yourself still haunted by, or you and your partner had a termination that feels like it was never really shared between you, you might consider the following –

And if you know it’s time to come and talk about this old pain and clean out this wound, contact me.