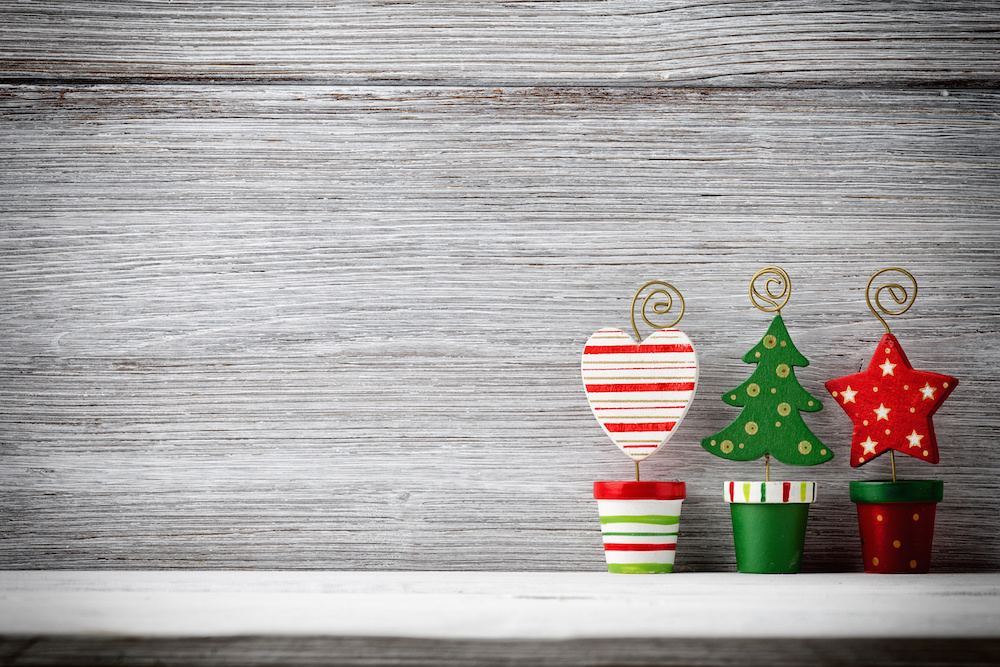 Christmas is upon us. 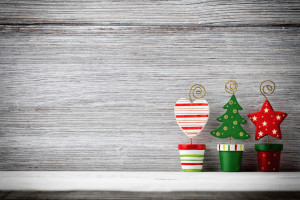 At this time of year, a person can’t move in Sydney without being bombarded with images and sounds to remind them about Christmas. Everywhere I turn, images and sounds tell me that this is a time to be happy, to celebrate. To get together with loved ones – assuming that we all have them. The images suggest this is the time when couples, families and friends get together and express their love for one another. There are constant reminders of the importance of expressing our love and joy by buying lots of stuff, along with consuming loads of food, sugary sweets, and alcoholic beverages. From all of this hype, I could start to believe that everyone in our society either has unlimited amounts of money to spend, or unlimited credit.  Through it all, everyone seems to have families that get along at these gatherings and reaffirm and strengthen their bonds to one another.

So. What’s the issue here? Have I got a bad case of the Scrooges? Have I inadvertently morphed into the Grinch, I ask myself?

As a psychotherapist, I hear many reasons not to buy into the hype. The reality I hear about in my office at this time of year is that these scenes are far from universal experiences. Each year, I fantasise about running a “Surviving Christmas” support group during the 6 weeks before the 25th December, and then running a follow up, “Debriefing and regrouping from Christmas” support group, in the four weeks after New Year.

Years ago, I first started to seriously reflect on the contradiction between the images I saw everywhere about Christmas in the advertisements, shop windows and department stores, junk mail and streets, and the reality of it in most peoples’ lives. At the time, I had been working with people affected by trauma and childhood abuse for several years. I had assumed that the sad stories I heard from them about their experiences of Christmas had more to do with their difficult life, relationships and family experiences than with the general population. I was wrong.

I found myself seated at a gathering of what were then the movers and shakers across the fields of health, law, child protection, education, and the non-government welfare sector. I had somehow got a seat at the table with a group of other women, all of whom I privately thought of as “The Big Girls” in terms of their capacity to influence public policy and strategy in the areas I cared about at the time. There was not a shrinking violet among them. As a relatively young social worker at the time, I was a ring-in, and I expected to sit through the meal and mostly listen around their conversation.

It turned out to be an eye opening experience for me.

Once the women around me relaxed and stopped talking “shop” for a bit, someone got the ball rolling and asked “What’s everyone doing for Christmas?” I watched as there was a pause, and the faces looked more diffident and ambivalent than joyful.

One by one, the women began to share their plans about Christmas. A number were planning to return to visit their parents, or what was available that remained of their families of origin. A number categorically stated they were choosing NOT to do so. One by one, women shared stories of their amazement at how each knew they would find themselves acting like much younger and less powerful versions of themselves the moment (or shortly after) they walked in the front door of the Family Home. One spoke of “opening the fridge door in the kitchen and not coming out again until the day after Boxing Day”, eating non-stop until she left the house to catch her plane. As I looked around the table, I saw many heads nod at her story, and many women seated there smiled in recognition of their own experience. Only one spoke positively about her experience of the ancestral family Christmas gathering each year.

No matter how much each woman said she knew to anticipate the particular trigger points for various family members, the roles that each family member present would likely take up and how they would relate to others from those roles, what would set this one off, what kind of path any argument begun would follow, and how the various people present would arrange themselves in terms of lines of allegiance, each woman spoke ruefully about what seemed to be the inevitability of this scene. What seemed to be a foregone conclusion was the inevitability of their own role in the family drama, and their seeming helplessness to do anything different no matter how much they thought they had planned for things to be different this time. It was almost as though a version of Christmas Groundhog Day was being played out each year in every household with none of those present having any sense of the possibility of any one year ever having a different ending, much less of any of them having a sense of their own capacity to change the predictable outcome of that gathering.

The few that had made it clear that they were purposefully avoiding returning to the ancestral home for Christmas told us that their decision had been reached for these very same reasons. They told us that they knew from long and bitter experience that they would experience exactly the same thing as those who expected to go back that year. Deliberately choosing to absent themselves from the family gathering seemed to be the only way they had found of not succumbing to the general family trance that all seemed to describe. In so doing, they told us, they were able to retain their sense of self-respect and self-control, and create a real possibility of peace and connection for themselves at this time.

Of course, it made me reflect on my own experiences at the time. The fact that I too was planning to go back to the family gathering of the tribe that Christmas armed with my own strategies aimed at making things turn out differently ‘this time’. Only to be bitterly disappointed and upset once again. It took a few more years before, I too joined the ranks of those who chose not to return to the ancestral home at Christmas time as the only way I could see of maintaining some semblance of peace for myself at this time.

I have never forgotten that gathering. It showed me that people from all walks of life, including people who are quite powerful in their everyday lives, not just people who are prepared to say they are unhappy with their lives and get help to do something about it, face powerful challenges at Christmas.

At this time each year in my practice, I hear people tell me in hopeful little kid tones their hopes of things being better “this time” when they make their plans to spend time with their families. With these people, I find myself like Scrooge, popping their balloons of unrealistic toxic hope. I remind them of the facts I have carefully collected from them about Christmases past, and then invite them to make more realistic projections about what the probability of what Christmas will more likely be like in their family this time.

Some, veterans of many previous Christmas Past disappointments, know better and come to me at this time specifically seeking help in preparing themselves for what they know will be the emotional onslaught of Christmas.

With almost every client at this time of year, I work to help them name and try to anticipate the pitfalls they might face if they choose to return to the ancestral gathering, the cues that will have the greatest likelihood of triggering them into a less well-resourced childlike state of helplessness. We work to remember that they have a voice, to identify the resources they have as adults now that they use in their everyday lives away from their family of origin. In the lead up to Christmas, we try out different ways they might use to help equip them to better meet the emotionally undermining challenge of the Family Christmas and its dynamics. And we work to help them contain and manage their inner child’s hope that “maybe this time, it will be different”.

Some people are not in a position to have a ‘family Christmas’ due to family conflict, forced migration or job relocation, divorce, death or separation. Others, I support to make the hard choice to not return to the family tribe at this time out of self protection. Whether it’s out of a choice born of necessity, or imposed by circumstances, there’s always pain associated with this exile. Inevitably, grief accompanies this experience as that insistent inner little kid that believes in Christmas and wishes fairy tales might come true still yearns for things to be different.

Every year, I fantasize that people who haven’t considered the fact there is such a thing as Family Christmas Groundhog Day and veterans of Christmas Past disappointments with more awareness might benefit from meeting beforehand in a supportive group context. There, I picture them sharing broken dreams, common toxic hopes, and strategies to deal with the inevitability of the kinds of unhelpful things that are part and parcel of Christmas gatherings. After New Year, I picture those same people coming together again for a while to lick their wounds, share their stories, laugh at the predictability of some of the things they experienced and the things they said and did despite all of their best intentions, as well as celebrate the things they finally managed to do differently.

Most of all, I picture such a group as providing a safe space where each person might get support, normalising the experience of it not being the common thing that a family Christmas will “of course” be a happy one, and learning from whatever happened this time. For next time.

Maybe I will offer that group for Christmas 2015.

You might want to come along and meet some like-minded people.

At this time, consider who are ‘your people’ : people who know you and accept you for who you are, and see if you can spend some time with them at this time, or at least stay in contact with them through this period. Although many of us suffer an exodus of our people to the call of the Family Christmas, modern technology enables many of us to remain in some sort of contact these days – use Skype, text, email or Face book.

If you do find yourself in a gathering where things are not going so well and you don’t see them improving, give yourself permission to leave – plan your exit strategy before you attend the gathering.

Think about treating yourself as you might look after a really good friend who is vulnerable at this time. What would you do for them? Do that. What would you say to them to comfort? Tell yourself that. And treat yourself gently.

Watch out for Face book! It can be a real downer if you find your friends’ updates about the fabulous time they are having looks totally different to the reality you’re living at this time. You might consider having a holiday from Face book at this time if other people’s posts about their fabulous carefree lives make you feel worse at this time.

And finally, if you do find yourself feeling less than cheery and need to speak to someone, call Lifeline 13 11 14. They offer support 24 hours a day, 365 days a year – yes, even on Christmas Day!