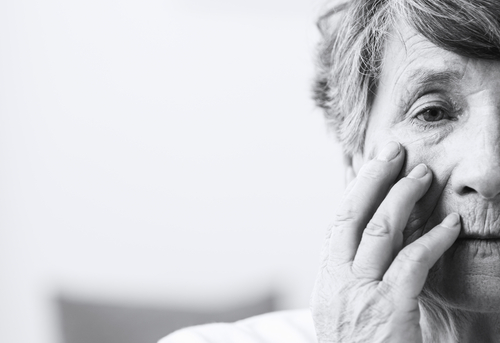 As we get older, women hear comments about themselves and other women that fall somewhere between “you don’t / she doesn’t look your/ her age!” (meaning, that’s a good thing), and “you’ve / she’s let herself go!” – which is definitely not seen as a good thing by the wider public. We’re constantly exhorted to try to ‘outwit’ age and to seek the ‘fountain of youth’, using any and every means possible – diets, plastic surgery, injectables, creams and potions, exercises, laser, herbs, supplements, acupuncture, the list is endless.

By the time women turn 40, it’s common for many women to hear remarks about their age. We’re exhorted to do “what we can” to hide our age, and to respond with delight if we’re told we don’t look our age, as though that should be a compliment. But why should that be a compliment? Any more than being told we don’t ‘look’ like a man, woman, tall, short or any other incidental characteristic about our external appearance. 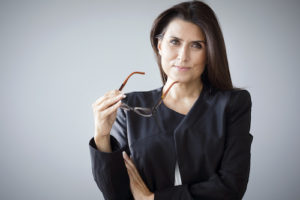 At the time of writing, I’m 59 years old. I’m often cut off mid-sentence when answering the question about my age by some well-meaning soul standing nearby (often, a male). Their action is usually followed swiftly by a conspiratorial wink, a broad smile, and an exaggerated stage whisper telling me “Don’t answer that – a lady should NEVER have to divulge her age”.  They think they’re being supportive and protective of me. The implication is that I’m supposed to feel they’ve done me a favour by extending permission to pass on answering the question. I note the gendered remark- a female, it’s clearly stated, should seek to hide/ understate her age. I neither feel supported by this nor do I feel in need of such protection  – I am fine with admitting my age and talking about it openly.

Since turning 40, I like to respond to such remarks with a shrug and the comment “that’s what (insert current age in years) looks like on me”, updating the number with each passing year. I refuse to buy into either the shaming or the false compliment related to age. If someone likes how I look, provided it’s said respectfully, I’m happy to hear it – leave my age out of it.

For a woman to admit to being “of a certain age” – and that increasingly seems to mean anything over 35 – is for her to put herself at a disadvantage in our society.

I was originally born in France and raised in a culture that took a very different view of greater age and ageing when I was growing up. In my family, I heard comments like “people don’t begin to be interesting before the age of 30”. Needless to say, I couldn’t wait to achieve the coveted milestone! Note the focus on ‘being interesting’ rather than young or even beautiful. 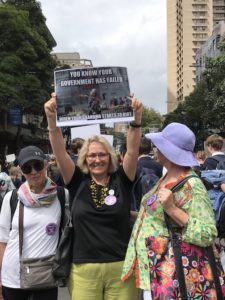 I also want to be clear – there was and remains a tremendous amount of sexism when speaking about women’s appearance in French culture. To wit, books claiming to offer tips on how to preserve one’s looks into greater age[i], and recent remarks about women over 50 by French would-be-if-he-could-be, Yann Moix in the media[ii]. I think being born into a family of intellectuals helped with my parents electing to emphasise values other than appearance. Having a mother who read widely at the time and loved the work of Simone de Beauvoir[iii] helped as well.

I  emigrated with my parents and family to Australia, at that time dominated by Anglo-Celt culture. There, I was confronted by vastly different and bewildering attitudes to my own about age, and specifically, ageing for women.

Upon coming into contact with the attitudes I heard around me in the rural setting we settled in, my first realisation was that negative attitudes towards ageing are a very gendered experience. That impression remains so to this day. While eventually in Western cultures, both men and women are put down and dismissed as irrelevant because they’re seen as ‘old’, it seems in these and other societies all over the world, men have a far longer shelf-life than women do.

It also seems to me that for women, “ageing” and getting / looking “old” are synonymous first and foremost with being seen to be ugly, then irrelevant, and then being seen as an encumbrance and a drain on resources, rather than a fruitful, valuable contributor.

I hear and read about men who progress in business and at work, in politics, the media and in the arts. For them, it seems, age does not seem to be an impediment but rather, an asset. These men are seen as experienced, mature; it’s assumed that they are becoming wiser, better and more valuable at what they do. It seems to me that men’s value increases over time for a considerable time in the marketplace.  In the relationship marketplace, too, they continue to be seen as desirable, sophisticated and sexy (to wit, George Clooney).

For most of their life, men don’t get admonished to hide their age, to feel anything but matter-of-fact about their age. Not, that is, until they near their 60s. That’s when I hear men in some fields talk to me about their concerns about not being considered as ‘competitive’ or as relevant as their younger competitors. Apart from those exceptions, most men seem to blissfully overlook the issue of age when it comes to considering their work, financial, or relationship prospects.

In the area of sex, romance and relationship, I’m often a little amused to hear a rather relaxed attitude from most men about their prospects – irrespective of their looks, fitness levels, or weight. While most men recognise they may not be considered very good looking relative to other males they know who they think might be considered more attractive, most men I speak with don’t factor their age in their assessment about their desirability when they tell me about their forays into the dating pool. They tell me matter-of-factly about their desire to date women 10-25 years younger than them, and often exclaim with distaste when I ask them if they would consider dating someone of their own age (plus or minus 5years). They clearly feel entitled to date younger women, and do not see women their own age as potential partners. One wonders why not?

Women, on the other hand, start talking to me about feeling ‘old’ in their early twenties. They tell me about having ‘preventative’ Botox and filler treatments in their twenties. They pore over reviews of new ‘natural’, chemical and surgical cosmetic treatments promising to stop, erase and hopefully reverse the effects of ageing on their faces, their bodies. Increasingly, women in their thirties onwards tell me about having surgery to lift, cut, tuck and implant whatever some surgeon thought would help to make them appear younger. Age and its physical appearance (the phrase in common use is the “ravages of age”) is a cause for constant, pervasive anxiety for many women.

These women don’t tell me that they do this for job purposes, but that’s also built into their narrative. They are very clear – if they aren’t seen to be young (aka physically desirable by heteronormative standards), they will be overlooked and discarded. Women tell me they’ll miss out on opportunities, both in the job scene and in the relationship marketplace. It’s not enough for women to have the requisite qualifications and experience for a job they want-  they know they have to look a certain way if they are to be seen as serious contenders for the role. For women, that means “not old”.

Paradoxically, if they want to be considered for a work role, women are clear they are expected to have the knowledge, skills and experience required for the role, as men do.  Yet, unlike men, they must also NOT obviously look the age of someone who has been around long enough to acquire these.

In the sex, romance, relationship arena, women are convinced that they need to look young and stay looking that way. For as long as possible. The magazine articles, the media, film and TV shows all reinforce the message: if women let themselves look “old”, they won’t get/ hold a relationship and they’ll be alone. We’re taught to fear such a fate. 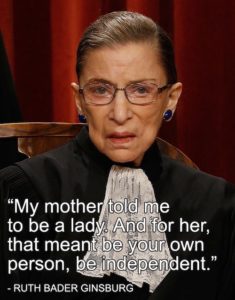 On the dating scene, most women I speak with over 40 do not feel entitled to put out signals for younger partners, unlike their male dating counterparts. And they often tell me they feel fearful of stating their age — many have told me “anything 40 plus in a woman is too old”, and there won’t be any interest from men.

When we emigrated to Australia in the early 1970s, I recall the expression “left on the shelf”. No self-respecting woman wanted to be ‘left’ like that, unchosen. Once again, the emphasis was on being chosen, not on being an active agent of choice. I saw many young women around me scramble for the altar with the “best catches” they could attract. To be left single was considered highly undesirable. Shameful even.

In today’s parlance, for a woman to be seen as “old” implies being neither appealing nor attractive. It’s to be avoided at all costs.

And yet, if a person dies before the age of 30, we speak of it as a tragedy, a loss. We forget that many of us won’t have the good fortune of knowing what it’s like to reach greater age. To live a full, satisfying life, to live long enough to love, to mourn, to build and dream, to succeed and fail, to form bonds with others over a lifetime, to explore the world around us. Perhaps above all, to face, deal with and manage the changing fortunes that we might encounter in all domains of our lives, and forge and face the kind of person we become as we engage with our own Hero’s journey among our kind.

In developed nations, in the space of a century or less, life expectancy has gone from not quite 40 to the early 80s. Maybe now that we can expect to live twice as long as was considered normal, we might learn to adjust how we look at age and ageing. 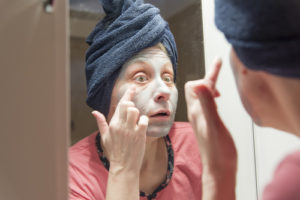 The cult of youth is all well and good if all we consider to be valuable is a permanently youthful face, smooth skin, and functioning reproductive system. Or the advantages of fast reflexes and sharp senses in the quest for survival.

If we face the reality that youthfulness itself is transient, like everything else, perhaps we might consider what other metrics we might use to gauge what’s valuable, interesting, loveable, and yes, beautiful BECAUSE a person is 53, 68, 79, 85, 96, or even more.

If you’re busy berating yourself for “looking old” all the time, consider these questions-

And if you’ve decided that it’s time to free yourself from our society’s ageist narrow-minded prison, come and see me and let’s talk.