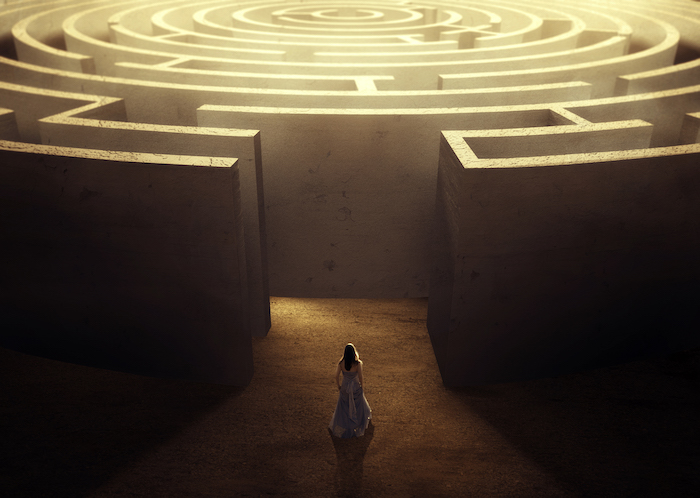 Whenever people contact me to work on issues they are unsure about that concern their relationship, I always make it a point to try to find out if they are coming to see if the relationship can be salvaged or improved as individuals or as a couple, or whether they are coming because they are in training to leave.

When people are unsure, I tell them that research in my field has shown that, on average, people who have relationship troubles tend to seek out therapy 6 years after they probably should have come for help. I playfully tell them that, if a person had an infected cut on their foot that they only sought medical help for 6 years after the infection set in, and they ended up needing an amputation, no one would tell them that medicine doesn’t work. Everyone around them would ask them – what took you so long to get help? Why didn’t you get help earlier?  No wonder people frequently tell me that their partners think couple therapy doesn’t help, it ‘only’ breaks up couples. I conduct quite a few amputations.

In short: if you have relationship troubles, like the infected foot, better come to therapy sooner than later, and preferably with your partner.

While many people who come to therapy come to work on their own to address relationship difficulties, and many become very powerful and effective ‘Lone changers’, I always stress that the path ahead to relationship salvage/overhaul will be more effective and efficient if both parties buy into work on the relationship together.   Elsewhere, I have written about the dilemma of trying to work out if a relationship is salvageable or not. Here, my focus is on helping those who already have more than one foot out the door.

Typically, people who train to leave, whether they realise it consciously or not, tend to demonstrate some or many of the following signs:

Years ago, I had a few clients tell me about ‘suddenly’ leaving their life partner, sometimes for another person they had met, or just because they could not see themselves putting in any more work into trying to make their relationship work.

When someone has this frame on their sudden disenchantment with their partnership, I always make a point of exploring with them when might have been an earlier turning point/ cross road which suggested trouble was afoot. I will ask, 5 years ago, 10 years ago, or even 15 years ago, would their younger self have dreamed of looking at other people as potential partners? I ask the question and change the length of time until we land on a point in time that came before the present moment where they can identify when things began to go from good to growing estrangement.

What you focus on, you get more of

In the 1990s, the growing field of neuroscience (dubbed the decade of the brain by President Bush at the time) identified the Default Mode Network (DMN). This is a tendency we all have to dwell on and repeatedly go over scenes in our mind (real, remembered or imagined) and examine what we or others should NOT have done or said, how certain things should NOT have happened. The DMN is thought to be a survival strategy, as part of the negativity bias of the brain to think of the worst-case scenarios in an attempt to prepare for the worst in advance and attempt to avoid repeating the same mistakes.

We can think of the negativity bias of our brain as a way of trying to be safe rather than sorry. So we review and ruminate over various grievances, things that were said to us or done to us by our partner (or not said and not done) that we still feel bad about.  These are ruptures in the fabric of the relationship that have never been properly repaired.  From an evolutionary point of view, this is thought to be similar to reviewing what didn’t work and making a commitment to do things differently in future.

Over time, this becomes a laundry list of justifications for leaving, even if we have never actually sat down to share with our partner our distress, or insisted that they take us seriously if we have said them in an argument.

In time, we build a case in our own mind for why the relationship is bad or beyond repair, and we constantly use confirmation bias (our brain’s habit of seeking out information to confirm what it already believes to be true, and discard disconfirming or ambiguous data) to convince ourselves of the self-evident rightness of our position.  In this frame of mind, bringing the partner into such a discussion is seen as an unnecessary encumbrance. We effectively build and lock ourselves into a self-fulfilling prophecy of our own making.

Training to leave commences long before someone comes to therapy. It’s there in fantasies about other people as potentially more attractive partners, it’s there in information withheld about what is on our mind. It’s there in making excuses about not wanting to hurt others, not saying anything before WE are more certain of our position; or justifying withholding under the guise of the right to be private and framing these as individual concerns.  At every one of these levels, the person moves deeper into secrecy and growing alienation.  Secrecy eats away at the foundations of trust.

John Gottman, a researcher in the area of couple relationships, has a notion of trust being on a continuum. At one end is the person who is TRUSTWORTHY, who makes decisions about what is in their own best interests and takes into account their partner’s best interest. They know that decisions need to be good for both, not just good for one. Their partner knows that they will be either the first to know if the stability of their relationship situation changes, or close to it.  In the middle of the continuum is UNTRUSTWORTHY, which is where a person makes choices based on their own self-interest and they do so with little to no regard for how these decisions they are making might impact their partner’s best interests. Here, a partner is excluded from the inner world of the person who is thinking of their own interests as their main priority.

On the other end of the continuum, lies BETRAYAL, where people make decisions about their own interests only and may even actively choose things they know go against the other person’s interests, knowing that this would not be seen by their partner as also in their best interests if they knew about them when they first arose.  Because of this view of wanting to maximise their self-interest at any cost, partners are not told about changes happening until it is too late – an affair is begun, a position accepted interstate, a new course of study commenced, changes are made to financial arrangements without discussion, new purchases are made without consultation.

Used as a diagnostic tool, having a transient series of thoughts about an alternative partner can be very helpful in flagging that there are issues that need to be addressed in a relationship.

Indulging in an alternative partner scenario, however, even in fantasy if not in action, further damages the fabric of the relationship. Another researcher, Stan Tatkin, argues that indulging in fantasies of how much better someone else would be as a partner, serves to diminish our ability to hold in mind and truly appreciate and value the positive aspects of our existing partner accordingly.  Typically, as we value the alternative fantasy partner more, we begin to devalue our existing partner and see them more and more through the lens of blame and deficiency. Our investment in the relationship diminishes, and we begin to be more likely to explore other alternatives that seem to be options.

If what you have read so far describes you or your partner, it’s time to face some uncomfortable truths.

If it’s your partner who is acting like they are in training to leave, and you would like a chance at seeing if the relationship can be renovated, be brave and name what you can see.  Tell them what behaviours you are noticing and how long you have seen these behaviours from them. Have the courage to say, what I call, ‘the difficult thing’. By this, I mean, have the courage to name what you think they are doing and ask them outright: are they training to leave the relationship? Don’t be put off by likely defensiveness and justifications, or being brushed off.  Stick to behavioural descriptions of what you have been observing from them for a while and ask them to address that.  Make sure you let them know that you still would like to be in partnership with them, and that you are willing to do your share of the emotional heavy lifting.  Ask them if they would be willing to come with you to couple counselling and seeing if there is any way back for the two of you to a relationship where you can both thrive?

If in reading this post, you have identified that you’re the one who has been training to leave, ask yourself – are you open to seeing if anything can yet be salvaged out of this relationship?  Are you open to conjointly working to dismantle what hasn’t been working, and rebuild something that might work better for you both?  Depending on how you answer that, you will most likely need support in either individual therapy (which will increase the likelihood of a breakup), or look to work as a couple with a third person, skilled in couple work.

If your mind is already made up and you are, indeed, in training to leave, then consider the following:

And if you can see that you could do with some help in this area, then please contact me and let’s see what we can do to help you out of this impasse.