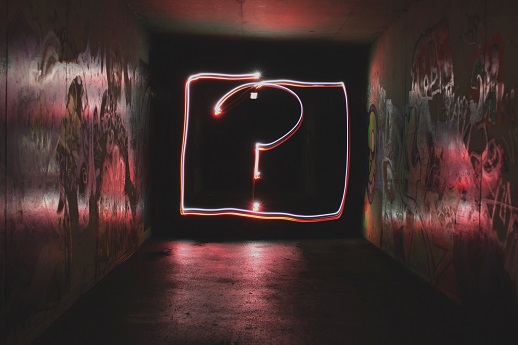 IS THE UNIVERSE A FRIENDLY PLACE?

Years ago, I remember reading a quote attributed to Einstein. In it, he was claimed to have said that one of the last really big questions remaining for humanity to answer was: is the Universe friendly? The piece went on to say that Einstein concluded that, how humanity as a whole answers that question will determine the fate of the entire human race. 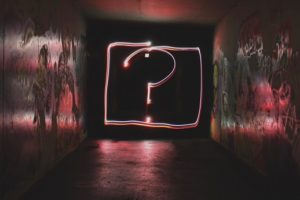 Photo by Emily Morter on Unsplash

The fact that I later discovered that this quote has been mis-attributed to Einstein did not stop it from having a profound impact on me[i]. In fact, it has stood the test of time when I listen to people tell me about their difficulties and challenges. When I observe strangers navigate a largely ambiguous world in front of me. And when I find myself in ambiguous situations in my own life. I think whoever said that was on to something.

Earlier this month, I flew to New Zealand to attend  a two day workshop in Christchurch. My flight arrived around 10pm. I had booked my accommodation in downtown Christchurch, a few minutes’ walk from the hotel hosting the workshop. As an introvert, I like to have a den to withdraw to after a day of input and socialising. Like most cats, I like humans, but on my terms.

Now, Christchurch was torn apart by an earthquake in 2011. Evidence of the soul-wrenching disaster are still everywhere- there are still piles of rubble; whole buildings stand gutted, sealed off; badly damaged buildings abound, some still with wide gaping wounds, waiting to be repaired; building work is everywhere. The rest of the world may have moved on to other, more current news items, like the latest sexual assault scandal in Hollywood, but there’s no forgetting the disaster in Christchurch. It’s everywhere. 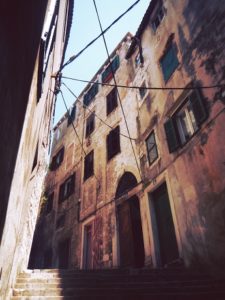 Photo by Marija Hajster on Unsplash

Google maps directed us to my destination. My cab pulled up outside a set of buildings downtown consisting of what looked like sealed off empty office blocks.  I could see where buildings once stood, that were demolished and razed to the ground,  converted to open parking lots by enterprising companies. A few streetlights overlooked the deserted street; nearby, the loud doof doof of a bar the only sign of habitation.

My cabbie had expressed his doubts about my destination as a reliable address from the moment we left the airport. Once we reached our destination, I could feel a few of my own twinges of doubt begin. The driver reluctantly got out of the cab and unloaded my luggage, but hovered, clearly uncomfortable with leaving me there. He kept on looking around us, repeating “I’m telling you- there’s no way this is a residential area. I know this area. There’s nothing here.” I told him I’d be fine, I was just waiting for my host to respond to my text. As he hesitated further, torn between getting on with his shift and earning a living, and his chivalrous urge to protect me, a station-waggon pulled over across the road. A woman driver wound down her window and called out to me- “Are you alright? D’you need any help?” I love that! Seeing another woman at the kerb, with luggage and a cab driver loitering nearby, she took it upon herself to make sure I was okay, ready to lend me her backup should I need it!

Once again, I assured my cabbie I’d be fine, I thanked the woman for her concern and generosity  and assured her I’d be fine, and watched them both drive off. At this point, much to my relief, my host, a heretofore unknown man in his thirties, appeared. “Marie-Pierre?”, he checked. “Yes! Thomas?”, I confirmed. Mission accomplished. We went inside what had looked like a newly minted, unfinished small office block. Upstairs, a well-appointed apartment with all the promised mod cons and bath awaited.

Once again, my stance of seeing the Universe as mostly a friendly place was confirmed. It almost always works that way in my life.

But I’m also aware of others who have an equally impressive amount of data to confirm the opposite hypothesis. To them, it’s clear- the Universe is NOT a friendly place. Over and over, they describe a litany of horrible experiences where, if something can go wrong, it will, where people seem universally to be opportunistic or callously indifferent to the plight of others.

How is it possible that we can be living in the same Universe? Where I constantly feel like the Universe most often supports the best for me, where I am constantly touched by peoples’ care and concern, thoughtfulness and generosity towards me? Where good fortune lies around almost every corner, waiting for me to uncover it? And where others experience the exact opposite to my seemingly charmed existence? Where they get assaulted, exploited, robbed and scammed. With just as much regularity as I experience the best of humanity?

I have no explanation for this phenomenon. All I know is that we both attest to having loads of evidence in support of our respective theories: on balance, the Universe is/ is not a friendly place. The heuristic of confirmatory bias ensures that we can both affirm our truth to be the only valid truth to anyone willing to listen.

When I reflect on these seemingly totally opposing positions, I cannot explain how we can both be right. In truth, there is friendliness AND unfriendliness all around. Depending on how inclusive one’s view of the world might be, life, being a quintessentially ambiguous signal, contains elements of both.

I am not being Pollyanna here. I know there are some people who do bad things in the world. Sometimes, I have to deal with those myself. But, like Fred Rogers from the 1980s children’s TV show, I am wired to “look for the helpers”[ii]

I’m glad to say, I usually find them, waiting to lend me their support at a moment’s notice. That makes my take on bad things happening much more muted than it would be if I didn’t have this orientation. 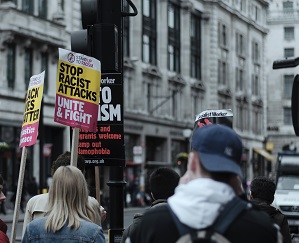 Photo by Henry Be on Unsplash

I did not always see things this way. At eighteen, after living in a hate-filled racist rural community for several years, I concluded that the Universe was most definitely NOT a friendly place. Things were safer for me if I just assumed all Anglo men were racist, violent, opportunistic, sexual predators, and took precautionary steps accordingly.

But, once out of that community, I found it  hard to live like that. This bunker mentality that only thought in dog-eat-dog terms, left me tense, fearful, and unable to trust anyone. Eventually, I noticed that my predictions were not one hundred percent accurate. I questioned the universal applicability of my theory, and I gradually began to test the null hypothesis instead- that people (not just men) might not all be racist, violent, opportunistic, sexual predators. A whole new world opened up for me.

Life, as each of us lives it, is full of ambiguities and complexity. Neither an absolute ‘yes’ or ‘no’ answer to the question will do. Life is inherently ambiguous, so any formulaic approach to it will be inadequate. We need to be able to discriminate when things aren’t looking so good and respond accordingly. We need to also be open to opportunities to connect, to accept help from genuine people.

If you’re struggling with what feels like a world that’s against you, ask yourself-

If you’d like to change how you perceive the Universe, call me. I’m one of the helpers.