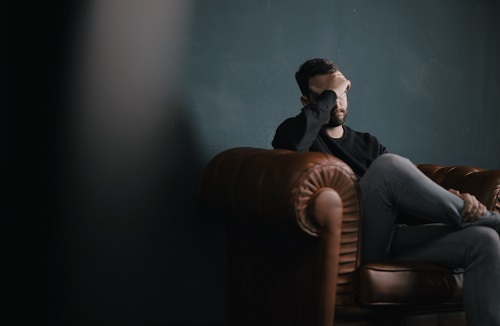 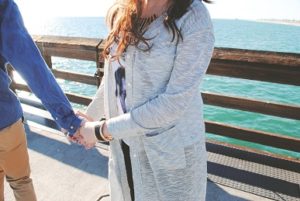 Photo by Daryn Stumbaugh on Unsplash

As a therapist, I typically get to meet people and see or hear about their relationship when things have gone seriously off track, usually for some time. Research shows that people delay seeking the help of a couple therapist – on average, about 6 years after the onset of problems.  Apart from when a discrete foul has occurred, such as an affair, or some other major betrayal has taken place, usually, the couple walk in with at least one of them unsure about whether they want to continue with the relationship, while the other partner thinks that things are mostly fine and just need a little tweaking to improve things or get them back on track.

I have learned that appearances are deceptive.

I pay a lot of attention to how people understand and present the issues they face in their relationship at the point we first meet. I would be a millionaire if I got paid a dollar for every time I’ve heard ‘we have communication problems’ as the presenting issue.  Let’s face it: every couple I see has ‘communication problems’: if they didn’t there probably wouldn’t be a reason for us to meet. 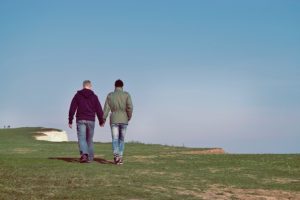 Photo by Stanley Dai on Unsplash

Generally, I take a history of the relationship, how they met, how long they’ve been together, and some information about their respective families of origin. I like to have some idea of generational issues they both bring to the table that involve domestic violence, drug and alcohol and gambling issues, childhood violence and sexual abuse, mental health issues and any other patterns that may have been passed down the family line.  I often find that couples channel variations of the same issues that previous generations struggled with in their families. Certainly, each partner will have been conditioned in various ways to approach things in relationship in certain ways and avoid others.  Their respective views of what’s normal, reasonable, unacceptable, too close/ too distant, welcome/ unwelcome, comfortably expressive/ withholding/ ‘over the top’ and so on will have been shaped by their early family life and cultural experiences, gender expectations they were raised with, modelling from significant adults around them and cultural/ religious prescriptions and prohibitions for their generation/ gender/ race/ class.  The privileges they take for granted /feel entitled to will have been similarly determined in a similar way from their class/ gender/ religious/generational/ cultural/ sexuality history. 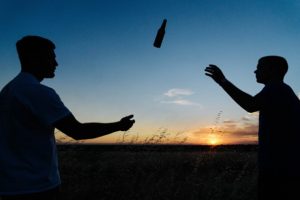 Photo by Wil Stewart on Unsplash

The context in which a relationship has been formed and exists is a key part of what determines how likely partners will be to face the fact there are significant issues that need addressing, the likely issues that will arise over time, the kind of solutions they turn to in order to resolve them as well as the kind of solutions they find unacceptable. I sometimes think of issues and challenges that arise between partners as often having a generational flavour, as though all of the players over the generations are like relay runners in a relay race that goes down the generations . It is as though each generation faces similar issues and either some progress is made or the same mistakes are made. When I map these out on a genealogical tree, I will often see recurring patterns of violence, affairs, gambling, teenage/ unplanned pregnancies,  alcohol/ drug dependency, childhood abuse and trauma, suicide and so on. Having such a historical context about what formed each partner in a couple, and continues to influence the life choices they make and are likely to make to resolve difficulties helps me understand each person’s enduring vulnerabilities and strengths.  Once I have a sense of the context from which the relationship before me arises, I have a better chance of understanding each partner and their respective triggers, blind spots as well as their strengths .

Carol Dweck, who writes about mindset, talks about growth and fixed mindsets.  When people sit with me discussing an issue they have become stuck with, I consider what each person’s mindset is likely to be.  Typically, a fixed mindset person is more likely to come across as ‘my way or the highway’, presenting the issue as one of them being ‘too different’ for it to work, or strongly pushing for a solution that tends to be all about what they want, with little or no regard for whether it might work for their partner. Fixed mindset people tend to seek their view of an ‘ideal relationship’ and may readily discard a relationship on the basis of it having too many issues/ being too much hard work. Blame is never too far away with a fixed mindset person.

Those with growth mindsets, on the other hand, tend to be more willing to explore their own contribution to the issue that’ arisen, tend to be better at taking the partner’s perspective, and are generally more open to seeing relationship as something that involves a learning curve, something that two people engage in where they learn how to be with one another over time. Growth mindset folk see problems as normal, don’t tend to talk about ‘ideals’, but work to strengthen and improve their relationship. They tend to accept that many problems are unsolvable (and indeed they are, according to John Gottman), and they accept that the work of relationship is to join together to learn how to manage these unsolvable issues in the service of building a solid, secure relationship where both partners can thrive. 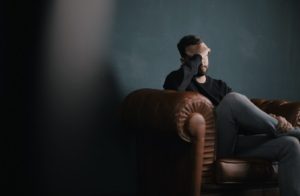 Photo by Nik Shuliahin on Unsplash

John Gottman’s research into couples over 30 years reveals that one of the factors that can make things much worse is when partners indulge what he calls the ‘alternative partner scenario’. If you saw the animated Pixar film, Inside Out, when dissatisfied with her husband, the mother has just such a scenario she loses herself in at times about a Brazilian pilot she dated once. Other research into couples that end up parting ways confirms that partners who eventually leave a relationship frequently engage in actively imagining what life would be like with another person beforehand,  with an alternative partner. Interestingly, most of us seem to be able to hold only one partner at a time in high positive regard. As we fantasise about what life would be like with the other person, we correspondingly devalue our partner – we stop seeing their good points, we don’t see/ stop accepting/ minimise their loving gestures; we become allergic to their idiosyncrasies and faults and this gets worse as our negative outlook deepens.  Of course, we are free to imagine all sorts of things about the ‘alternative partner’ as a perfect person: without the dampening impact of reality, we have no experience of what life with them would really be like. With no real data to compare, we can convince ourselves that life with this other, untried person, would be so much better.

When I ask couples questions about what they are both unhappy about, both parties are often taken by surprise by what comes out in our sessions.  While each person insists they have told the other ‘a million times’ what they are unhappy about, I often find that they have either not communicated their distress effectively or they have not communicated it sufficiently clearly for their partner to grasp how central it is to the relationship. 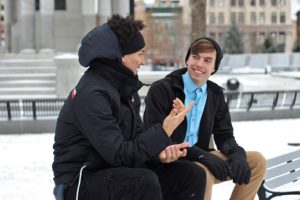 As we begin the work of unpacking old and current hurts, resentments, jealousies, betrayals, we work towards having each person learn to speak as well as listen more effectively. Partners learn to raise difficult issues in respectful ways, and learn to hear reproaches and accusations in non-defensive ways, working towards addressing the core issues embedded within such difficult conversations.  Partners learn about how to make effective repairs, instead of ignoring hurts or trying to sweep them under the carpet. Partners learn to take risks they have often not taken for many years, sharing vulnerable feelings, hopes and dreams. Gradually, as we clean up the mess they first came with, we begin to see whether there might be a chance to rebuild a new relationship, one that will support both partners. At times, we realise that there is not enough left to rebuild, and we work to help partners separate with dignity and respect.

Realistically, every relationship is likely to have its ups and downs. If you both feel you have reached the end of the line, then you need to ask yourselves whether you still have enough genuine goodwill to work to try to get your relationship out of the ditch. It’s possible that you haven’t, or that one of you hasn’t. If that’s the case, then maybe it IS over.

On the other hand, if you are the one wondering whether you should leave, ask yourself –

If you think it might be worthwhile seeing if there’s any life left in your relationship and you’re prepared to come to the table with courage, a willingness to be honest, take responsibility for your part, and do some serious work to try to remedy the relationship, then call me. Let’s get to work!