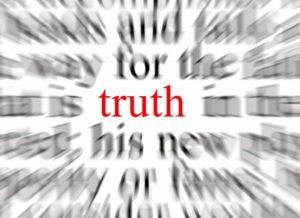 The issue of Truth, as an idea, a perspective, or a fact about what is real, has been around for centuries. It’s been debated by leaders, theologians and philosophers for a long time. Through developments in mathematics and science, the realm of truth has both expanded and shrunk.

Today, we see issues of Truth everywhere – what it is, what it’s not, how it can be manipulated, how it plays out on the world stage. There are groups that claim the Holocaust of the Second World War never happened. Some years ago, we heard the then President Clinton  declare ‘I did not have sexual relations with that woman’ under oath. Since the election of America’s new president elect in 2016, Donald Trump, we see new terms such as ‘fake news’ and ‘alternative facts’ emerge. With the advent of technological developments, ‘virtual’ is coming to stand more and more for real, and therefore ‘true’. But is it?

In our post-modern world, when I hear people talk or read people’s writings about truth, broadly two kinds of views seem to be voiced : absolutism, sometimes typified by militant religious and political groups that claim there is one Truth (and they have it), and the relativism of those who hold there is no Truth, there are just never-ending variations on what truth is, debates about whether it even exists, and debates about whether the idea of Truth has any useful application in our modem world.

As a therapist, there are many times I am faced with peoples’ questions (and my own) about matters concerning truth. A couple come in over a suspected affair, or over one of the partners’ drinking/drug taking. At some point, the issue of – is s/he telling The Truth inevitably comes up. Someone tells me they were confronted about their unpleasant behaviour at a party and tell me they have no recall of behaving that way. Is it true? Another person comes in and wants to talk about their distress over a sibling revealing parental incest in childhood. Could that be true, is it even possible, they ask? A 6 year old child discloses sexual molestation by an older cousin- a parent asks me, could she be lying? How can we tell if it’s The Truth? 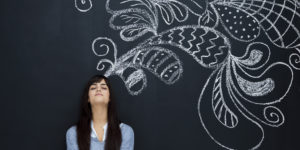 Then, there are also many more times people tell me about feeling overlooked, betrayed, hurt, dismissed by someone significant in their life. When they raise the subject with the other person, the other protests they didn’t intend to do it/didn’t realise that their actions would harm anyone, don’t believe their actions have harmed anyone, or insist that’s not what happened. Or the reverse- where my client is accused of things they insist are not true. Again, this sticky matter of asking- ‘are they telling The Truth?’, arises.

When it comes to the truth, it seems that the relativism of ‘it depends’ is really useful sometimes.. until it’s not! Then, we want to have a clear-cut, no hedging, no room for doubt confirmation about what did or did not happen, what someone did or did not feel/ know/think/intend/do. Nothing but absolute clarity will do… Until it’s our turn to be caught in the glare of the headlights of the Inquisitor. Then, we talk context, mitigating circumstances, intention, distraction and innocence. And we really, really don’t want to be pinned down to a Truth that makes us look and feel like less than the kind of people we prefer to think we are. We also don’t want the consequences that follow the judicial pronouncement of guilt.

As soon as we think about matters of truth, related issues of what is real, guilt, intention, trust and betrayal arise. It’s inevitable.

As a therapist, I can’t risk setting myself up as judge about what is and isn’t true, no matter how much people might wish for that to happen. I can’t slip into the role of Inquisitor, prosecutor, or Judge, much as the atmosphere in some relationships invites that. And I genuinely cannot claim to be an authority about anything that happens outside of my own skin.

When it comes to whether I think someone else is telling the truth about their own experience (thoughts, feelings, intentions, body experience), again, I have no claim to know any more than what happens inside my own skin boundary.

At best, when I hear someone tell their version of the Truth, all I can rely on are the very fallible clues provided to me by what I consider to be their congruence (or lack thereof), i.e. the way their words may or may not match their facial expressions/ tone/ posture/ gestures, how their story ‘hangs together’, and how these impact me at a visceral level. Then, I consider whether the content they tell me passes some internal version I hold of what’s consistent/coherent/probable/’reasonably feasible’. None of which adds up to making me an authority on whether they are indeed telling The Truth. 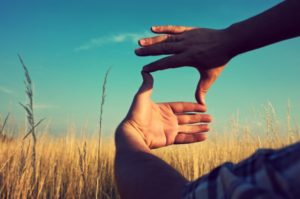 Professionally, I’m often faced with the task of supporting many clients I meet to consider the situation they’re struggling with from as many different perspectives as possible or as is useful.  The Truth looks different depending on one’s perspective. Being able to take a different view can make a significant difference to how most people manage their relationships, conflicts, and adverse circumstances.

On the other hand, I also see how some people struggle with taking on another’s perspective. They fear this will diminish their claim to being right, to making the other accountable, to asking for punishment or reparation.

So what can we do about this thorny issue of Truth? You might like to ask yourself, in relation to an issue you find yourself ‘stuck’ with in relation to a person who matters to you-
1. Are you stuck because you believe One Truth about what happened and the other person has a different position about that?
2. Are you stuck because both of you are trying to convince, push, guilt-trip, blame, intimidate, or threaten the other person to see things your way?
3. What is it about having your companion agree with you about Truth that’s so important? What will you make it mean if they don’t? Whether they concede or you do, what will it say to you about them? Whether they concede or you do, what will it say to you about you?
4. Even if they say “You’re right”, and give up their reality entirely, what then? How do you imagine this will help your relationship progress and heal?
5. Do you want to be right or do you want to relate? There are times you may not have both, so ask yourself- if you have to choose, which is more important to you in this relationship?

If you’re struggling with an issue like this where you and someone who matters to you are at an impasse over the Truth about something and you can’t seem to move forward, call me and let’s see if we can help you both get to what’s really at stake.