In my work, I am often consulted by people at the point where they feel they have reached the end of the road in their relationship – they tell me they feel they need to leave. Typically, these folk call at this point because they are almost ready to make the leap and abandon ship but they aren’t quite over the line. Should they stay or should they leave? 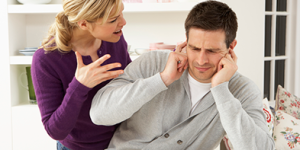 After the first throes of love and lust pass, and the idealisation that goes with that dims somewhat or leaves altogether, invariably, you both find that the person you thought you were in love with is not the same person as the one by your side.  Sometimes, the gap between what you thought you were getting and what you end up with is unbearably, mystifyingly wide. 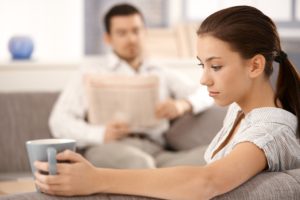 While a great deal has been written and produced in the arts and literature about love at first sight, in reality, the first sight and first few encounters with another person often have little to do with who they are once you get to know them over time. Rather, they have a lot more to do with whatever our selective vision picks up about them as salient for us at the time.  From there, our attraction has a great deal to do with our projections onto the Other, and based on those,  with how and who  we feel we are able to be around the kind of person we have made them out to be in our heads.

I’ve worked out that the maths works out to be like this:

If you look carefully at the above formula, that’s about zero percent based on who the other person actually is.

Those maths work out pretty consistently in my observation because in truth: we know nothing about the Other when we first meet. They might as well be a blank slate onto which we can project whatever we like! We can see a quiet demeanour as self possessed, independent , or even appealingly shy.. Only to decide later, once we have been around them for a while that they are in fact controlling, closed, or with-holding. A touchingly soft, open-book, deeply feeling person, can later be re-assessed as someone who has no robustness, poor boundaries, and is constantly reacting to things at the drop of a hat.

Part of the dilemma is that what we project, by the very nature of projection, depends in part on where we ourselves are at, at that particular time in our lives. If we have been missing the softer, connected, feeling side of life in our relationship, if we have not been honouring that side of ourselves, if we have not felt there was any room for this aspect of our own nature in our lives, then we are likely to mistake something that looks like what we feel we are missing to look like.  It would not be over-stating the point to say that we would likely have a different set of projections on the same person, depending on what was going on for us emotionally at any given point in time.

So we’re back to our dilemma about staying or leaving. Often, people complain to me about the Other not being who they thought they were. The complaints often sound as though the person speaking to me feels they have been ripped off, the Other has lured them into relationship under false pretences.  But have they??

I think of projection as a Velcro-backed post-it note.  It’s our creation: we read the Other a certain way and ‘write’ what we make of the person in front of us on the ‘note’.  We usually then proceed as though our projections onto the Other are accurate.  We proceed believing that the Other is who and what we think they are.  We forget at this stage that we are making things up, we are reading into things with very limited data, based largely on our own history and context, and needs/ wishes.

I find it useful to remind myself and my clients that such a note’s capacity to stick to whatever surface it has been directed at will depend largely on the kind and amount of suitable fibres on the receiving surface on which its Velcro can grab and hold onto. In other words, on how good a fit or match there is between our projection and what is actually there in the Other , the ‘surface’ that we project onto. 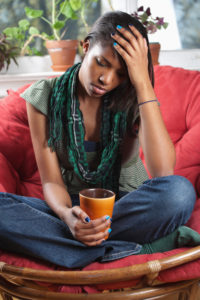 If we project onto a surface that turns out to have been the equivalent of glass, (say, we mistook ‘quietly drunk/ drug affected’ for ‘reflective’), then the post-it note falls away fairly quickly once they are sober to reveal the surface underneath. If we have projected onto something that has some fibres that catch the post-it and hold it for a while (such as interpreting  ‘self sufficient’ over ‘with-holding’) , then it will take a little longer for the post-it note to be shown to have been planted on a questionable surface. Happily, there are those times when our projection is based on us picking up the right fit fibres for our post-it and the note sticks easily and stays there – such as when we perceive ‘considerate’ and the person reveals themselves to be able to sustainably hold our interests in mind over time.

Meanwhile, the Other is busy doing the same thing to us. They too are busy projecting things about us that may or may not be a good fit for who we actually are.  When these are positive, this too is part of the intoxication of attraction. It can be wonderful to be seen as smarter or more beautiful than we feel, or more capable.

Then, there is the issue of our investment in our projection (and the Other’s investment in theirs). We have all had friends or colleagues around whom we felt ourselves become smarter than we knew ourselves to be, wiser, or funnier when it worked in our favour. At other times, with others, we know we become our clumsiest selves, tongue-tied, unable to think, or anxious. Somehow, it seems as though some people appear to ‘evoke’ certain aspects of our nature out of us. When it feels like it brings out the best in us, we love them and we are likely to want to hold on to the good feelings. When it feels like we can’t do anything right, it feels horrible and we can end up resenting or even hating them. 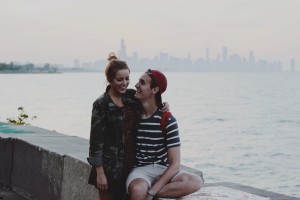 At our best, and usually in the very beginning of a relationship, we are likely to project things onto the Other that become the foil for/ the context for us to play out some  of our most valued aspects of our personality. We get to be sexy, smart, funny , interesting. It can feel like we get to be the best version of ourselves. Sometimes best of all, we get to feel we ‘can be ourselves’ (.. whatever that is), perhaps for the first time.  It’s intoxicating! Under conditions of a positive projection, it is relatively easy and more likely for us to be our best selves  – at the start of a relationship, most of us are far more behaviourally flexible than we are later on; we are more open to considering doing things differently; we are more attuned to the Other.  This is the ground of Idealisation.

When this happens, in this wonderful world of freedom and space, we feel seen and appreciated at our best, for who we feel we truly are. After a while, however, as everyday life encroaches on our attention with its demands, its mundane tasks , the bills, the expectations of job/ health/ household/ family, and the unexpected curve balls that Life adds into the mix, it becomes harder for our projections, if they are on shaky ground, to hold up. More naturally, we tend to return to our default ways of being and when these inevitably don’t match up to the Other’s projections, we will be found wanting, deficient. Likewise, when the Other fails to live up to our expectations/ projections, we are likely to feel let down, deflated, perhaps angry, betrayed. At this point, as our idealisation reveals itself for what it was, we feel disillusioned.

This is where the rubber of intimate relationship hits the road. We are at a crossroad: we can leave the relationship, believing that we were wrong and this one was the Wrong One, and seek out The (Right) One somewhere else.  If we choose this path, we lick our wounds and move onto the next Other and merrily start the whole dance of projection one more. Wash, rinse, repeat.

Or we can accept that projection is part of the deal, in both directions, accept that there was idealisation and grieve the loss of our (mythical) perfect Other, and begin the task of seeing if there is still enough that’s real left in what we thought and felt about each other out of which we can begin to build a real relationship.  One where we can each be more confident that we really are drawn to who we each actually are, and not based more on our needs and projections.

If you find yourself at the crossroads, consider asking yourself –

If you’ve considered the questions above and think you might be dealing with the issue of having a real relationship and having trouble adjusting to that, contact me and let’s see what we can do to help you through.