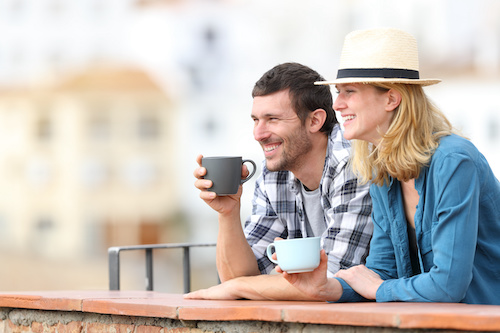 “I want to have a relationship” I hear people tell me. Elsewhere, I wrote about needing to discriminate between when we are looking for (mainly or only) sex, or relationship (avec ou sans sex).  Let’s look at what it takes to lay down the foundations that increase the chances of a  relationship being sustainably happy and fulfilling vs one that has built-in obsolescence. 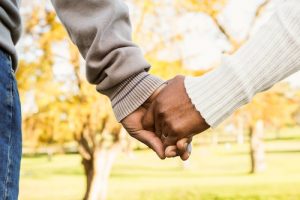 This whole relationship project will require TIME, let’s say it upfront. And time is an incredibly precious resource, perhaps one of our most precious. Once spent, you never get it back.

So it’s important to ask yourself whether you have the time (resources) for this project.  In our time-poor lives where more and more of us feel scheduled to the back teeth, where ‘busy’ is a status symbol, where there are endless things to do, and we’re constantly expected to be connected and available through technology, relationships can end up feeling more like they are on the to-do list than something we choose to participate in and tend. It’s a big call.  If you’re not willing to put time into this project then go back to what we said about recognising that you’re NOT in the market for a relationship and cater to your wishes without bringing someone else into it who is searching for a relationship. 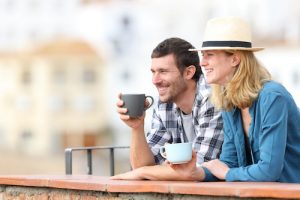 If you are willing to commit time, understand that getting to know someone is a process.  Their profile on an internet dating site is not going to tell you anything about how they smell, how your body/mind responds to their presence, how they react when stressed or frustrated, how they will react when you’re stressed or frustrated, how each of you will react to the other when you’re tired, emotional, needy, in pain.  It’s not going to reveal their annoying habits.  It’s not going to tell you what some of their left over issues from childhood might be and how these might be triggered at times or how best to soothe them.  In deciding to get to know one another, you need to plan to spend time together, participate in a range of activities and a range of interests over time to allow these things to reveal themselves.

Gradually, you will get a sense of whether the other person seems like they are worth investing more time into.  I call it DATA.

As time passes, both parties gather more information and they either grow more interested and develop a range of feelings for one another, or they find that the initial spark of curiosity fizzled. If the interest and curiosity continues, and the care factor increases, then the two people continue to gather data about one another as they share more and more situations together, share sensitive information,  and they get to observe how they each respond, learn about one another’s enduring vulnerabilities and sensitivities, how they respond in a conflict, to what degree they each live (rather than profess) their values and whether these values have a reasonable amount of overlap or whether they turn out to be too different to manage. 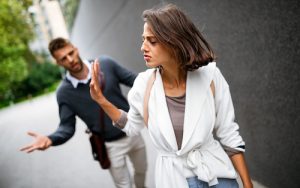 Inevitably, both people do stuff that drives the other crazy.   John Gottman[i], a researcher with new and long term couples, found that 69% of what couples argue about are unsolvable problems. Think of what that means! There is NO perfect person who will not drive you crazy out there.  Nearly seventy percent of the fights you have with your partner will be unsolvable.  Gottman found that long term happy couples tend to retain their sense of humour about their unsolvable problems, they know them well, they can talk about them without contempt for their partner or shame about themselves but without denying their own or their partner’s ongoing frustration, they show goodwill about trying out all sorts of ways to make things better and are philosophical about the fact they need to accept the other person’s differences. They accept that these issues are likely to be ones they will both be wrestling with for the duration of their relationship. On the other hand, those couples that end up divorcing tend to blame the other person for being bad or wrong, they look for a one time solution and, when that inevitably doesn’t work (how do you get a messy person to live like Vogue living permanently?), they declare the other person is bad, the wrong one, and either they move on or they push the other person to leave through their rejecting manner towards them. They may then resume their quest for the perfect mate. 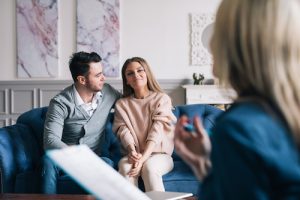 I was fascinated to find that Gottmans’ research maps perfectly onto Carol Dweck’s Mindset research[ii] that has found that people tend to have either a fixed or a growth mindset in relation to certain things (including their relationship). Those with what Dweck refers to as a fixed mindset expect the partner to be either perfect or they see signs of trouble as evidence that they’ve picked the wrong one. As soon as things start to go awry, which they inevitably do, the fixed mindset folk pack their metaphorical toys and go home –literally by breaking up, or indirectly and passive-aggressively by being increasingly critical, blaming, mean and hostile but not leaving, possibly forcing the other person to leave. Those with Dweck’s growth mindset face the exact same challenges as their fixed mindset counterparts, but they set out to learn about what they need to change in themselves, in how they relate to their partner to make the relationship work better. They are open to learning how to relate better or differently, they don’t blame the other person or themselves, but they take responsibility and expect themselves and their partner to be accountable to bring about changes in an effort to enhance and strengthen their relationship.

So you might want to think about your own patterns in relationship, particularly when it comes to your attitude when things go awry  –

If you are prepared to get help, then I suggest you contact me and see what we can do to help you get your relationship back on track and on the road to sustainable happiness and fulfilment.