I was seeing a couple the other day, assisting them to smooth the way as much as possible for their children as they separate and prepare their children for what life will be like going forward once they are no longer a single unit family, but become a two household family. One of the parents asked me what I think are the main ingredients in those families where the parental separation has been handled the best in my experience. It was a great question and made me reflect on the specific characteristics of particular couples I have met over the years whose way of handling this delicate and complex situation for their children has left me full of respect and admiration.

Perhaps the starting point needs to be the frame you take into the separation from your not-yet-ex-enough-ex. How we think of people, situations, places, provides us with a mental frame through which we then filter all of our dealings with those people and situations. The frame allows us to see certain things about them, directs our attention to focus on certain familiar aspects, and also blinds us to other elements that contradict our frame. A frame can be so powerful it can effectively make us act as though we think, ”Don’t confuse me with the facts, I’ve made up my mind”.

Once you are both clear the relationship is over, then taking on a mental frame of thinking of your children’s other parent as your co-parent, rather than ‘your Ex’ means you set yourself up to be potentially more objective, more constructive, and less reactive than if you stay thinking of them as ‘your Ex’. The idea is to make a shift in perspective from who they were to you as a partner primarily (and the reasons why you are not together), to the fact they are and will likely remain, your kids’ other parent. Thinking of them in this way (using this frame) helps to think of them as someone with certain rights as well as certain responsibilities, and thinking of them as a co-parent means you will hopefully orient your attitude towards them in the manner of someone you are working with, as distinct from someone you are working against. It helps to access the best, not the worst of you, while also giving them a chance to potentially come up with the best in them as well. It also reduces the chances of your children getting caught in the middle of your unresolved differences from when you and their other parent were partners. 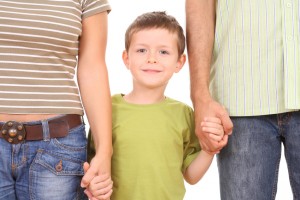 To help set up a new frame, consider the following –

I think those parents whose children adapt the most smoothly after their parents separate share a number of characteristics. I suggest you consider the following – 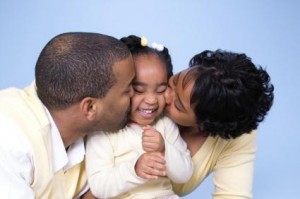 In short, see if you can be a shining example of two people who make better co-parents and friends than they did partners/lovers.

And if you relate to what I’ve outlined, and think you might need some help in achieving these lofty goals, then please contact me.